Because some people asked me what coating is mostly comprise of:

Silicon Dioxide is a common chemical compound found in coating formula. It is also known as silica, which is an oxide of silicon and can be found in nature such as in quartz. Some likes to call it glass coating, however glass in amorphous and non-crystalline. It is solid and transparent.

Ordinary silica-based glasses are normally made of soda-lime glass, which is composed of approx. 75% SiO2, Na2O (NA2CO3), CaO, and minor additives.


So it doesn't contain wax or other such chemically active substance that will either interact with foreign agents or fade away after car washing. 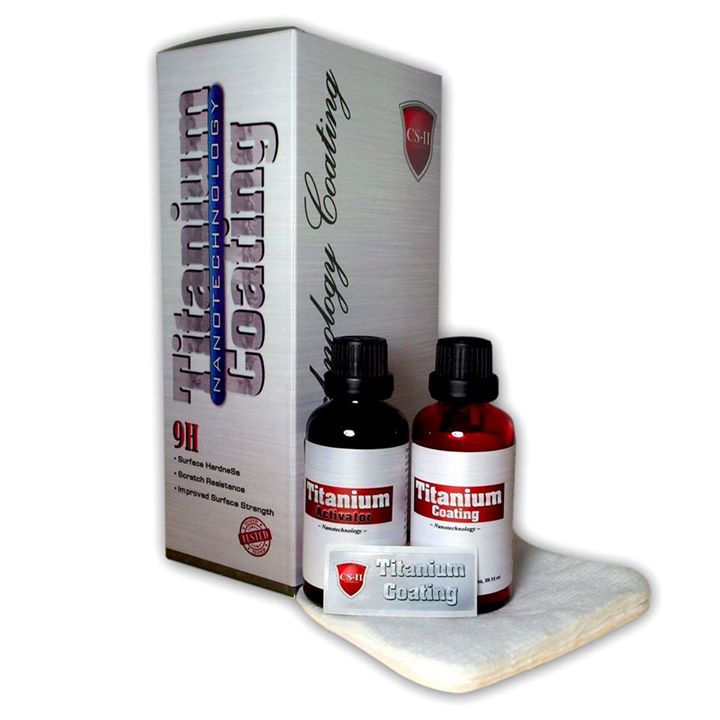 Paint surfaces are porous and not perfect; containing microscopic peaks and valleys. These irregularities are otherwise known as capillary structure that either contains or will draw contaminants such as fine dirt and minerals.

A nominally uniform coating will help to lessen the coefficient of kinetic friction by filling up the fissures with micro particles to produce a smoother, infinitely glossier surface. What is pencil hardness?

Pencil hardness is the capacity of a given coated surface to resist scratching, marring or gouging by utilizing a value scale that ranges from the softest 6B to the hardest 9H.


How is the test done?

It's a very simple, standard test by going down the pencil grades as you start scratching a coated surface until you come to the first pencil that doesn't scratch the coating.

By using CS-II Titanium Paint Preservation System, you'd actually come away with two layers of actual 9H hardness with a glass-like, transparent texture that will also helps to smooth the unevenness of the surface to provide hydrophobicity. 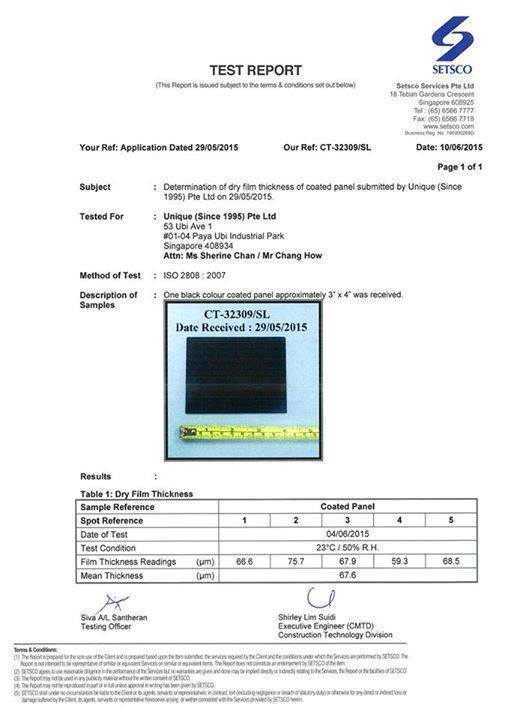 A hydrophobic, self-cleaning surface requires a high static water contact angle, the condition often quoted is θ>160° to indicate the minimum inclination angle necessary for water to bead, pick up dirt particles, and roll off a surface due to its minimum adhesion. This effect is also called the Lotus Effect because lotus leaf has a double-structured surface that can reach a contact angle of 170°.

The contact angle is measured by the time vapour interface meets a solid surface. It quantifies the wettability applying the Young-Laplace equation; figured by a straight line that starts at the base and travels along its outer surface to the break-off point. It provides a way to determine the protection at surface level.


Formations of large, packed droplets demonstrate that the surface is effectively non-absorbing, otherwise known as the “water break test” or ASTM F-22 which are often used to check for cleanliness. 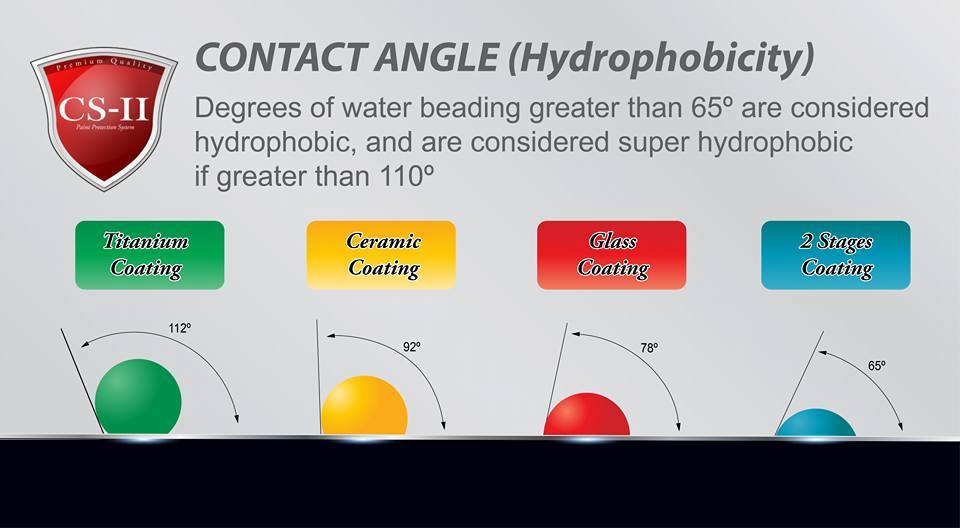 Our friends from CS-II USA applied the Titanium Coating onto this black E250, restoring it to its (near) full glory. The paint correcting and the coating after emulates a glossy, wet look finish that gleams under the sun. 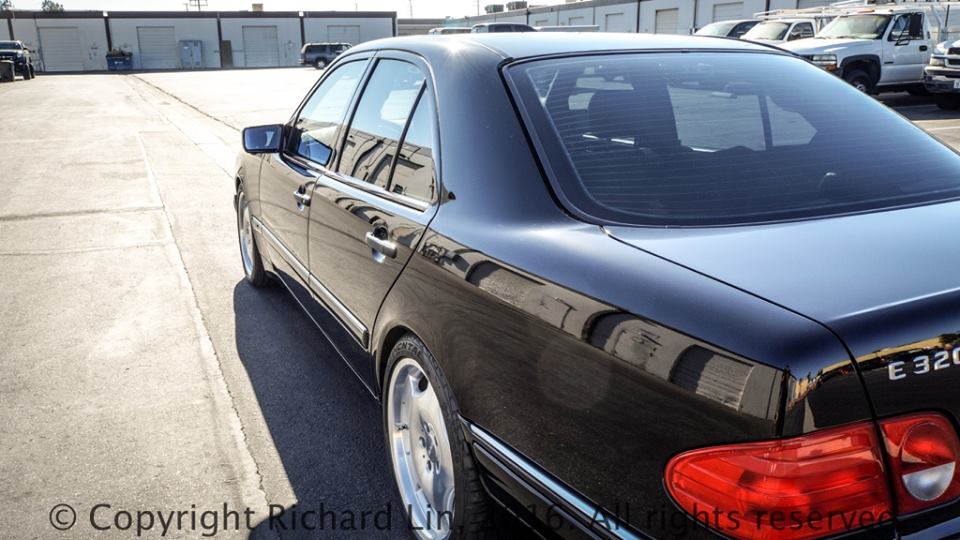 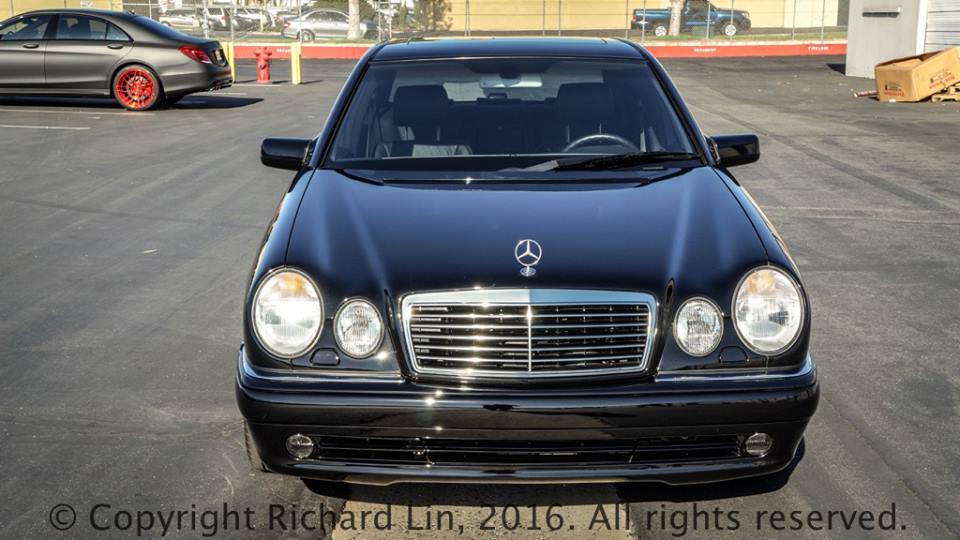 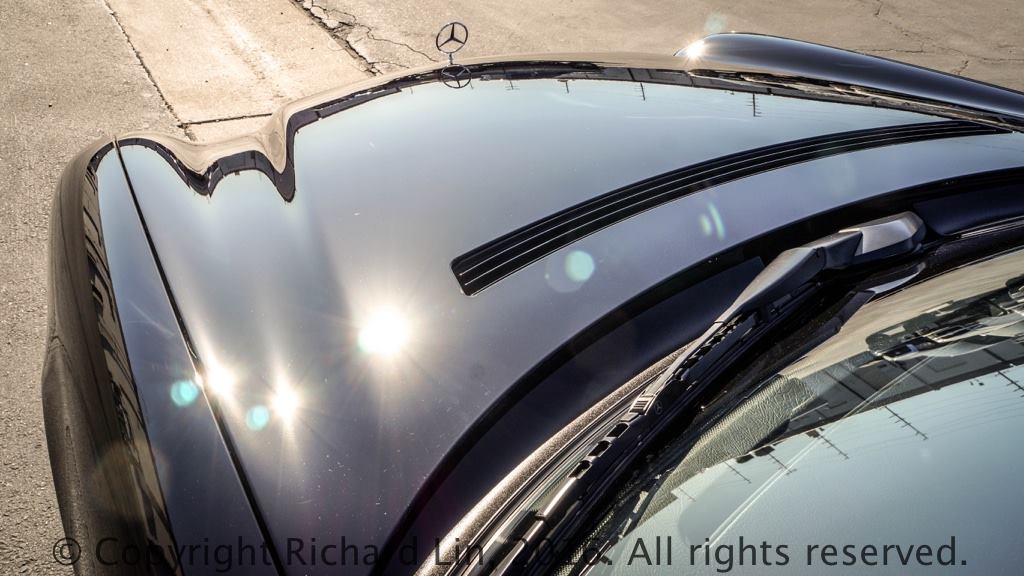 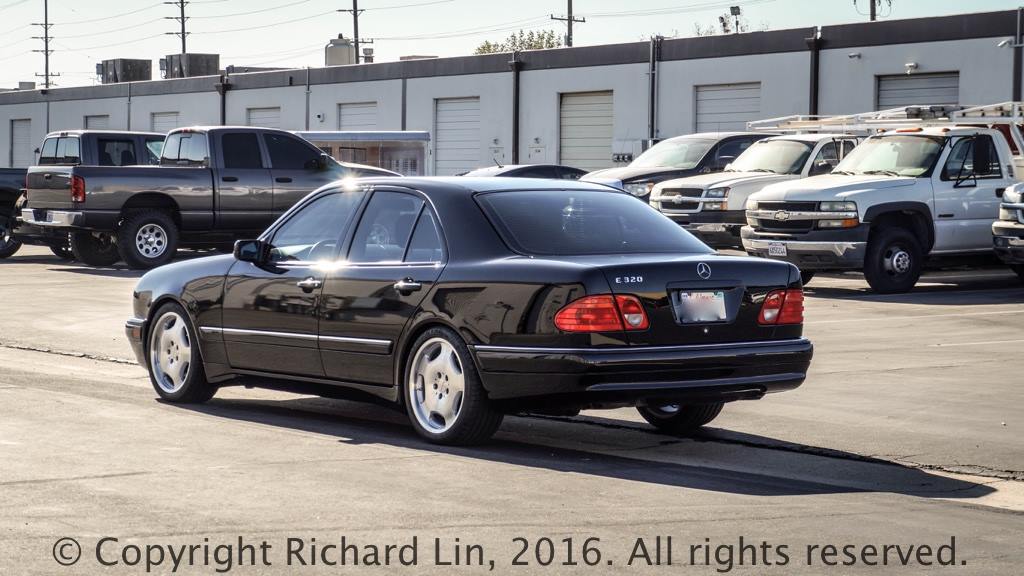 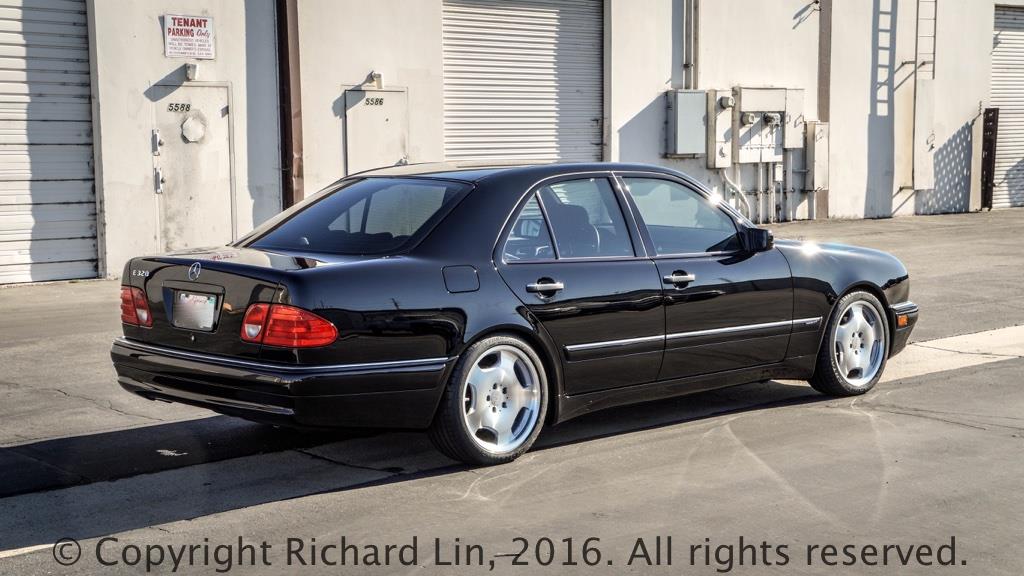 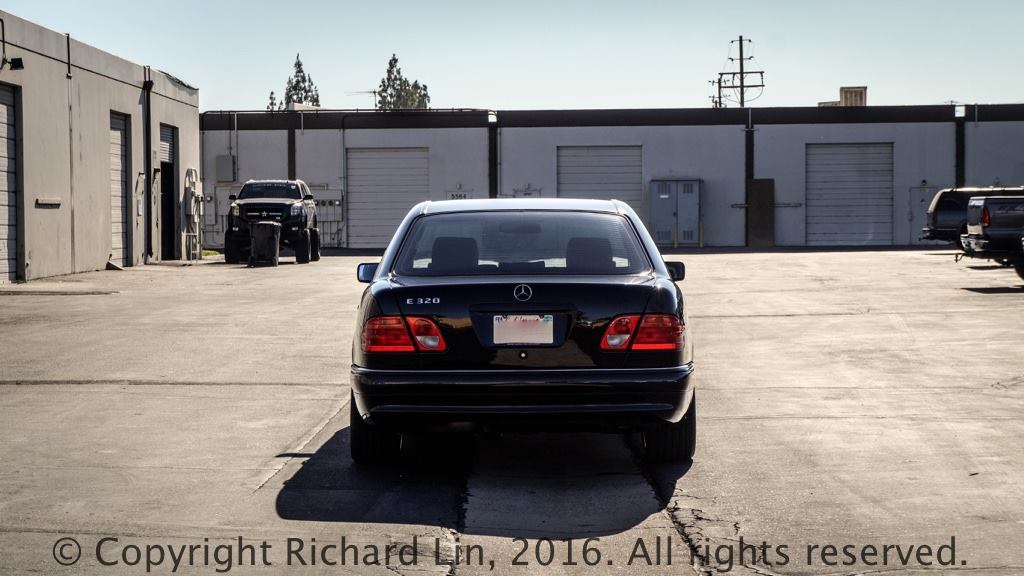 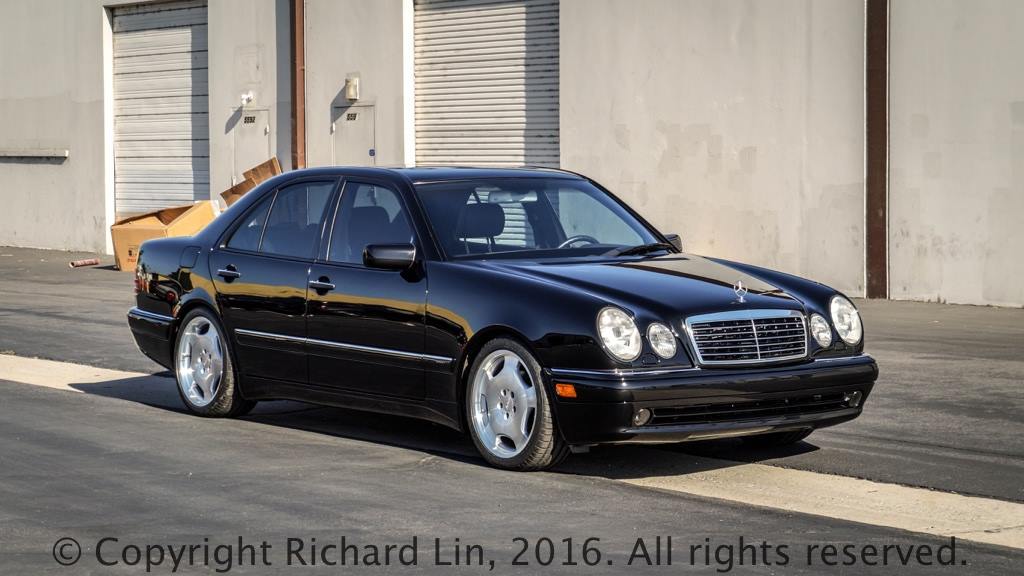 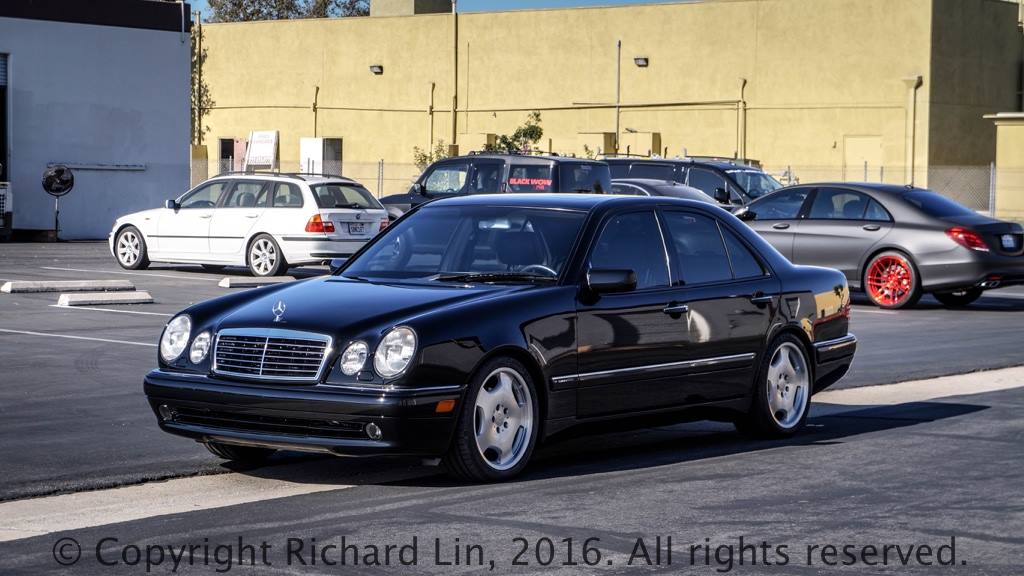 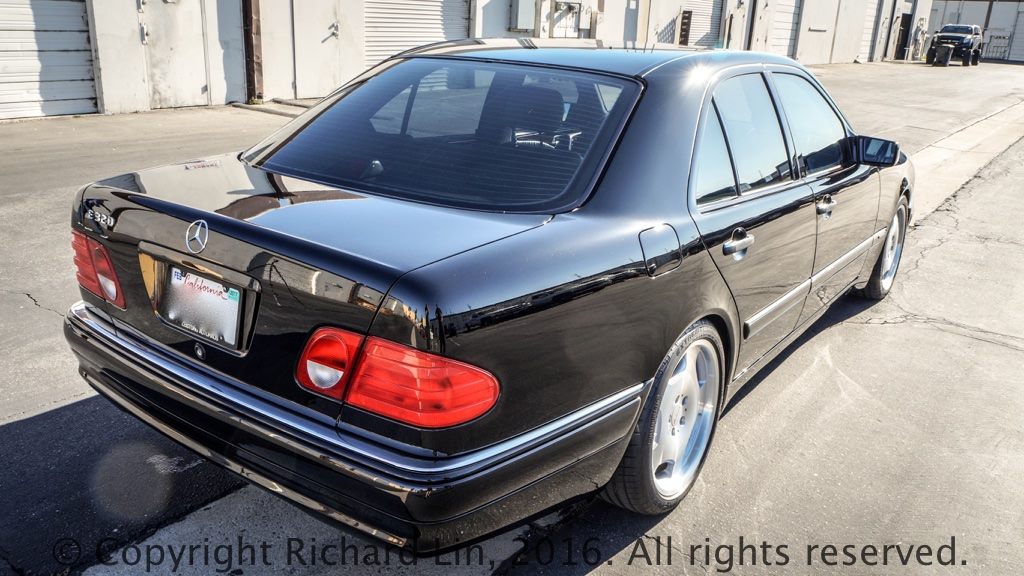 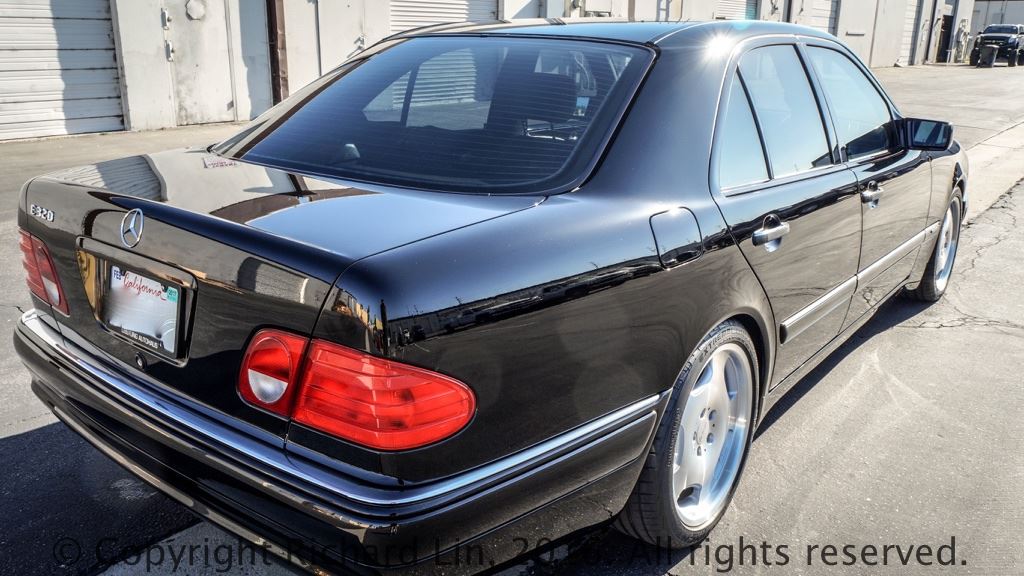 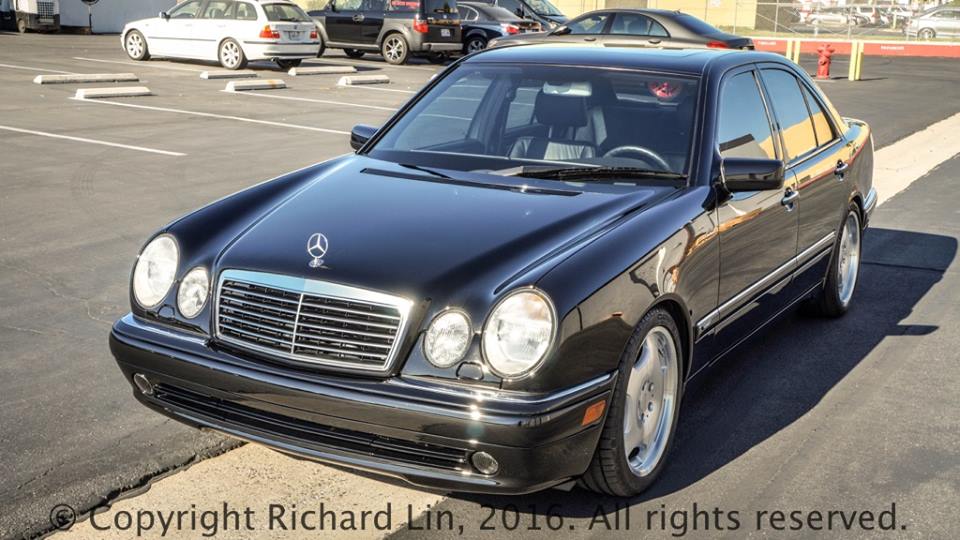 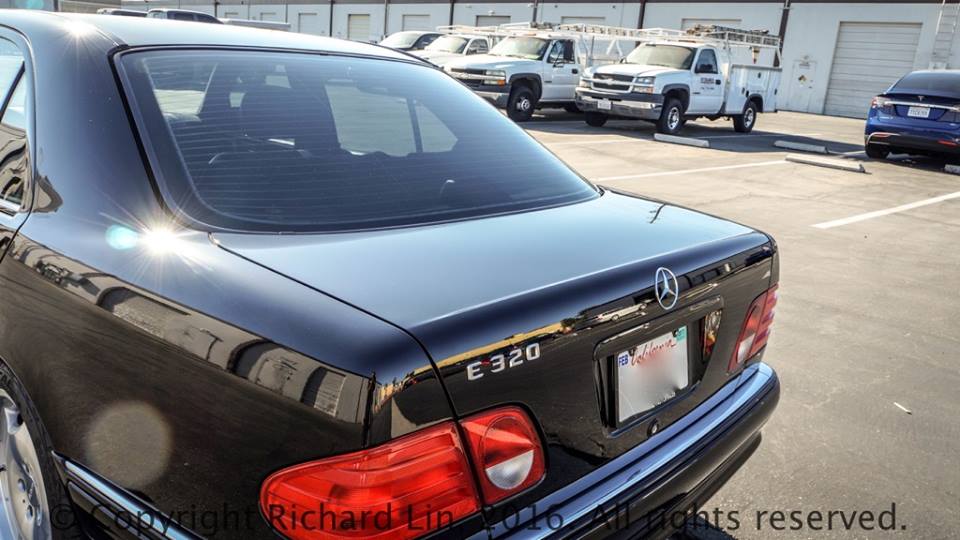 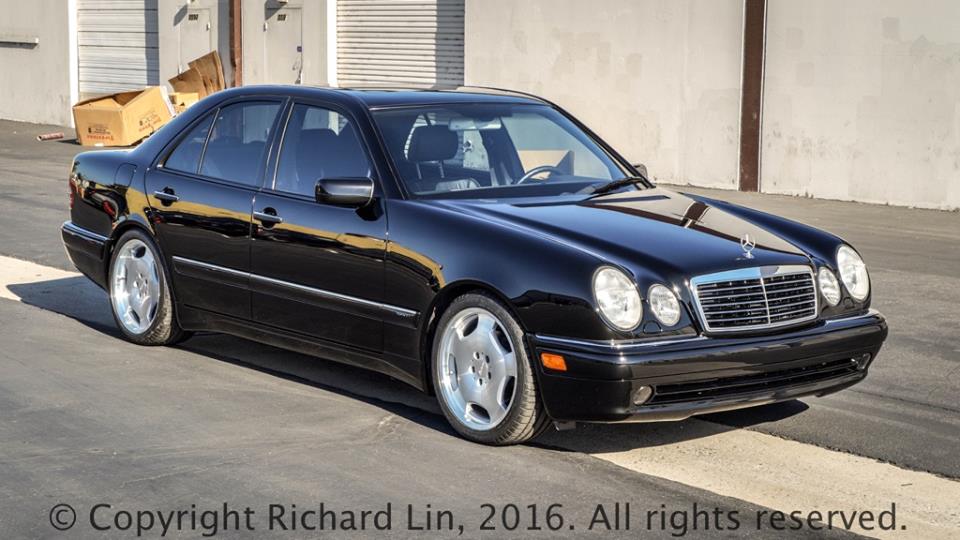 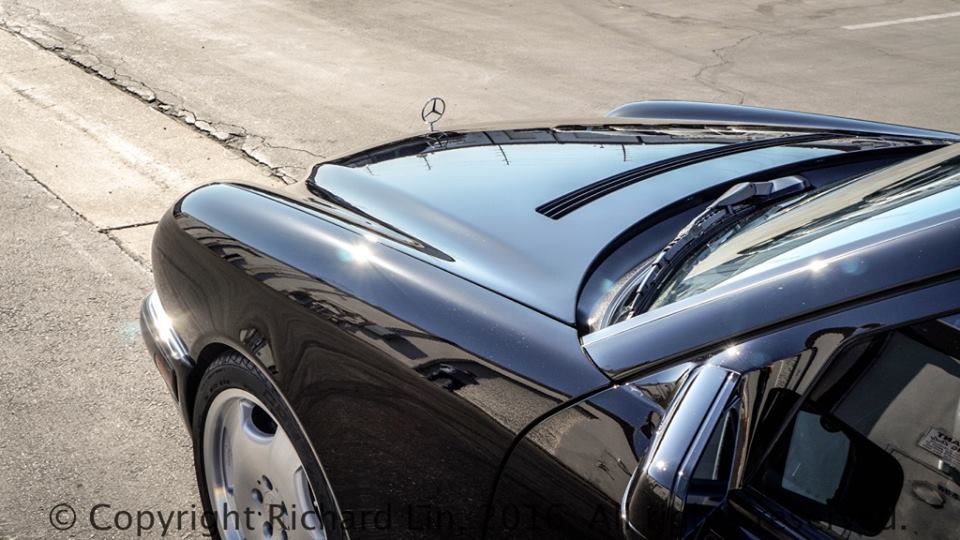 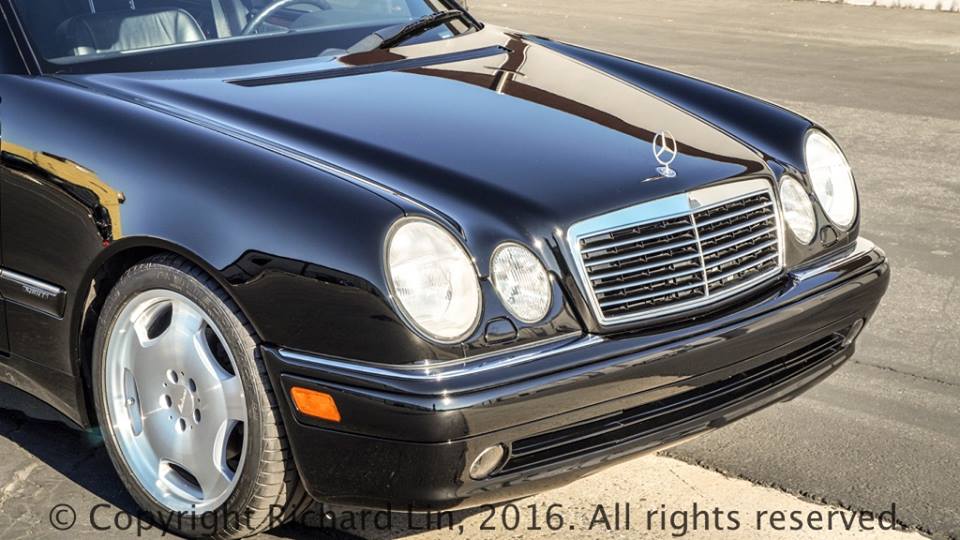 CS-II PPS is a unique and innovative ceramic-like coating which utilizes advanced nano particles to provide maximum enhancement and protection of automotive finishes. With the use of CS-II PPS on your vehicle, the paint will remain permanently insulated against any chemical attack from any kind of environment pollutant, e.g sulfuric/nitric acids, animals and plant deposits like bird droppings, insect fluids, tree sap and road grime. The coating utilizes advanced nano technology to enhance your experience of your car by increasing its feel and visual appeal as well as its cleanliness. There will also be no need for car polishing as our paint sealant will keep your car shiny for a long time.